Port expansion in 2021: Are Mega-ports the answer?

The development of a mega-port is driven by a multitude of factors, but the main accelerators are mega-ships, the proximity of cities and the changing business model of ports and role in the supply chain. The combination of bigger ports and bigger vessels mean an even greater concentration of trade in the hands of a few operators, authorities, and carriers that can afford to keep up with the pace of global trade.

MEGA-PORT ORIENTATION IN THE MARITIME INDUSTRY

This year has been a tumultuous one for the maritime sector and while ports and terminals have started to recover, volume is considerably below what it was in 2019, with some suffering double-digit year-on-year (YoY) declines. However, this uncertainty has not yet curtailed expansion plans, even in countries hit hardest, and projects to increase container volume and build so called mega-ports remain on schedule. There is still a bold ambition across the port sector to make themselves ready for the world’s largest vessels.
Doing so requires a multitude of things, such as increasing the length of harbors, deepening berths, and in some cases building new terminals from scratch. It also requires expanding or replacing fleets of container handling equipment and making yard operations more efficient. Additionally, ports and terminals also need to improve data processing and transparency.
Modern operational planning tools, which have been utilized most notably in ports in China, allow equipment to handle mega-ships 24 hours a day. This is particularly important with the latest generation of mega-ship fleets, such as the one launched by HMM earlier in 2020, which includes the HMM Algeciras, the largest vessel in the world with a capacity of 23,964 TEU.

A mega-port does not exclusively mean a port of substantial size but can also refer to one which successfully utilizes its location and boasts advanced smart technology. Examples include the Port of Rotterdam but also Singapore, Jebel Ali and Busan, all of which have invested massively in smart technology and increasing TEU volume. Ultimately, a mega-port has three key components:

The development of a mega-port is driven by a multitude of factors, but the main accelerators are mega-ships, the proximity of cities and the changing business model of ports and role in the supply chain. The combination of bigger ports and bigger vessels mean an even greater concentration of trade in the hands of a few operators, authorities, and carriers that can afford to keep up with the pace of global trade.
This could, on the face of it, mean only established economies and countries will house mega-ports in the long term. However, as new economies emerge, so do cities, and these cities can be constrained by existing ports that sit on valuable real estate. Therefore, building new ports in some instances makes sense as it allows cities to grow; cities which have a market and economy with consumers and exporters that only a mega-port can accommodate

Mega-ports can also revitalize a country’s maritime industries and economies. Indian ports have suffered from severe congestion since the outbreak of COVID-19, with containers left in the yard of its biggest ports, such as Jawaharlal Nehru Port Trust (JNPT) and the Port of Chennai, unable to move due to Bills of Lading left unsigned. This has only worsened after China resumed exporting in large numbers in the summer of 2020. 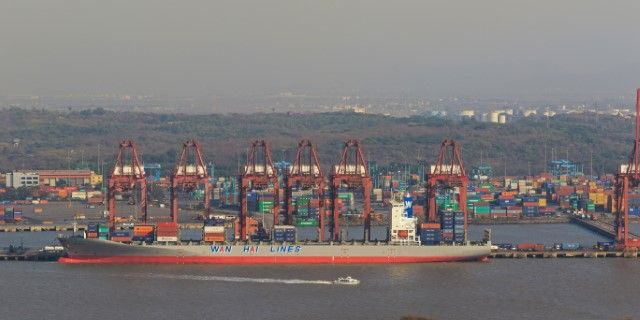 There have been suggestions that blockchain could be utilized to prevent use of physical paperwork, but India’s priority has been to keep increasing its maritime infrastructure The Indian government announced in 2019 that it plans to build a new mega-port at Vadhaven to make the most of its location on some the world’s biggest shipping lanes.The proposed port will, based on current plans, break the dominance of those in the Far East and Southeast Asia, and leapfrog Hong Kong into seventh in the list of the World’s busiest, just behind Busan, South Korea. It will have an annual capacity of approximately 20 million TEU and cost more than $9 billion to build. While it will also overtake the JNPT as the biggest and busiest port in India, Vadhaven will be designed to ease pressure instead of competing with it.

The US was also hugely affected by the pandemic and its major West Coast ports are still only beginning to recover. The US Department of Transportation has unveiled a series of major investments to improve the country’s domestic supply chain. Despite the uncertainty, port expansions remain uninterrupted. For example, South Carolina Ports (SC Ports) will soon open the Hugh K. Leatherman terminal, the first new container terminal in the US since 2009, in order to handle the largest ships in the world. 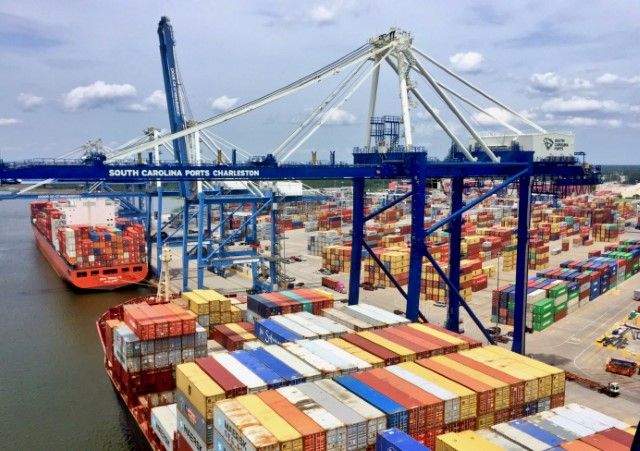 To do so it has ordered the largest ship-to-shore (STS) cranes to ever operate on the US East Coast. The new terminal will open in March 2021 and will complement other modernization projects taking place across SC Ports’ operations, such as at the Wando Welch terminal.

As well as meeting unrelenting demand, another challenge for the maritime sector is cutting CO2 emissions in the post-COVID world. In that regard it is the carriers that have led the way by building larger vessels that can run on environmentally friendly fuels, such as liquefied natural gas (LNG).
It is not only the size of ships that has changed but also the business model. Carriers have shifted their businesses from a port-to-port approach to an end-to-end one, which means they are looking to assume a greater role in the supply chain.
Equally, cargo owners are also trying to optimize their logistic chains and process and get better value for money. Consequently, ports are at risk of being left behind as all other stakeholders look to get goods to market as fast as possible. Ports therefore have had to adapt, increase in size and capacity, and utilize digital and smart technologies to remain competitive and retain their position in the supply chain.

The biggest mega-port project of all, Tuas in Singapore, is a good example of that. Upon completion it will be the largest, fully automated mega-port in the world with an annual capacity of up to 60 million TEU. On current traffic, it will easily surpass Shanghai as the biggest port on Earth, which handled 43.3 million TEU in 2019.
A port the size Tuas has become necessary for reasons already stated, but it could also become a driver of growth elsewhere and encourage further projects.
Port authorities and terminal operators in neighboring countries are looking to expand their own operations and make smart technologies to speed up the handling and processing of cargo. The Port of Tanjung Pelepas (PTP) in Malaysia, for instance, has increased considerably in size and rapidly advanced its technological capabilities this century as it looks to compete with the Port of Singapore. It has initiated a project to double its capacity from 12 million to 30 million TEU and use AI-enabled equipment to do so. 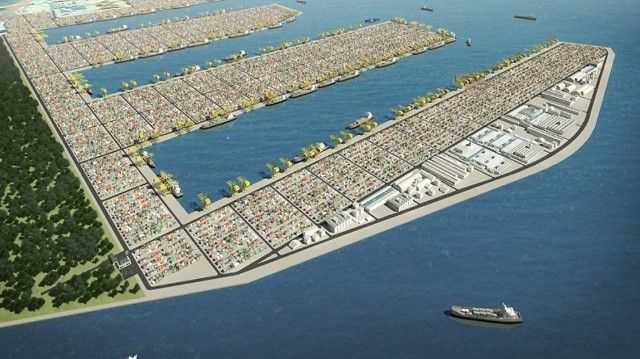 As volume fluctuates at the world’s biggest gateways and hubs, carriers have for the most part enjoyed increases in revenue, thanks to high freight rates and low oil prices, and they look set to continue meeting demand for the near future as fleets get bigger. While there remains severe uncertainty in the market, an ever-present challenge is meeting demand. If they are to do so, port across the world must keep up and a new era of mega-ports could be the answer.