On the evening of July 9, in Can Tho city, Mr. Pham Minh Chinh, Prime Minister of the Socialist Republic of Vietnam, visited and worked at Tan Cang - Cai Cui terminal of Saigon Newport Corporation (SNP)

This activity took place in the framework of Prime Minister Pham Minh Chinh's working visit to the southern provinces, on 9/7, when he led a conference to review the development of the Southeast region and the Southern key economic region in Ho Chi Minh City.

Officials and workers of Tan Cang - Cai Cui terminal welcomed Prime Minister Pham Minh Chinh
Prime Minister Pham Minh Chinh and the delegation visited the site, listened to reports on the operation, encouraged and presented gifts to officials and workers at Tan Cang - Cai Cui terminal, belonging to SNP, to ensure the progress of activity and grasp the situation of development and operation at the port, and difficulties and problems that need to be handled.

In which, Tan Cang - Cai Cui terminal is the first container terminal in the Mekong Delta region, also the largest port of the Mekong Delta - invested by SNP in 2016. Owning 180m of berths, it can accommodate the size of the terminal with a ship size of 20,000 tons offloading with modern loading and unloading equipment, Tan Cang - Cai Cui terminal currently provides "door to door" logistics services to international lines with routes: Can Tho - Phnom Penh, Sihanoukville, Cambodia or Can Poetry goes to Vung Ang port (Ha Tinh) to Laos.

Tan Cang - Cai Cui Terminal has the potential to develop into a logistics center, a focal point for goods gathering in the region with cost advantages, reducing pressure on trucking, and creating a foundation to promote the Can Tho city's economy in particular and the Mekong Delta in general, especially when the Mekong Delta is an area with huge export goods. Help improve competitiveness for enterprises, especially seafood and agricultural enterprises, in import and export.
The Mekong Delta is the largest agricultural product in the country, contributing 95% of rice export turnover, more than 70% of fruit exports and 65% of the country's seafood exports, contributing ~31.37% of GDP in the agricultural industry. 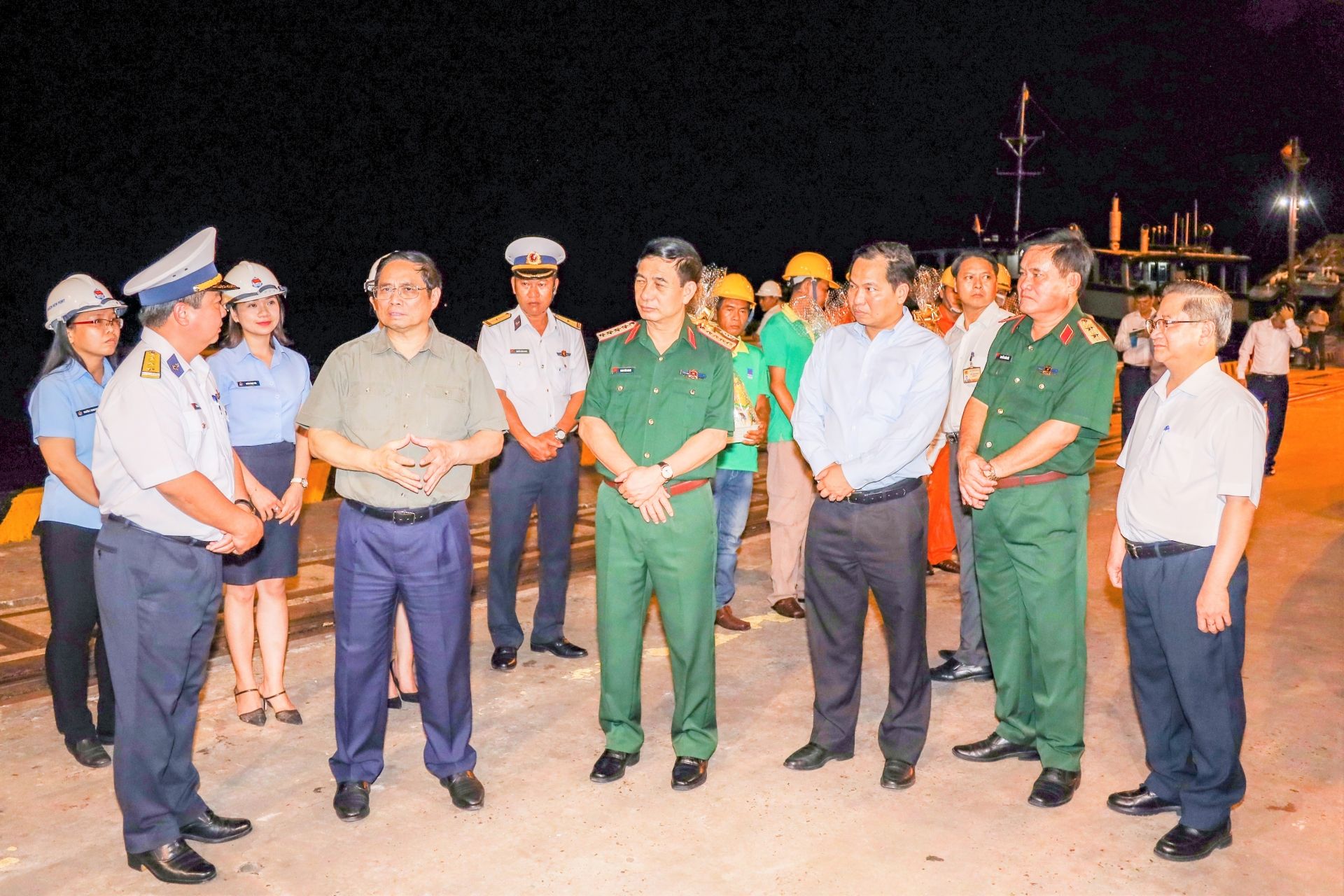 However, 80% of imported and exported goods must be transported through Tan Cang - Cat Lai terminal in Ho Chi Minh City and Cai Mep - Thi Vai port cluster in Ba Ria - Vung Tau, because logistics infrastructure in the Mekong Delta is not yet invested much, in particular the lack of key logistics centers and satellite systems, the lack of empty containers, warehouse systems at ports... This causes time and cost limitations, affecting condition product competition in the market.
Therefore, the development of a logistics system in the Mekong Delta is necessary to further develop the import-export industry and create competitiveness for manufacturing and exporting enterprises of the Mekong Delta.

On that basis, the representative of SNP proposed to the Prime Minister to facilitate, manage and direct the work of dragging and maintaining the Hau river channel to ensure the reception of ships of 10,000 DWT, meeting the import and export of goods demand in the Mekong Delta region; for the implementation of the Free Trade Area arrangement in the region to diversify types of services and customs clearance; establish systems such as: Border Gate - Free trade area, distribution center, logistics service - industrial park; requesting the Ministry of Transport to deploy the Mekong Delta - Ba Ria Vung Tau transport route; proposed Can Tho City People's Committee to develop and build Logistic Service Center, Tan Cang - Cai Cui Post-Port Distribution Center on a large scale. 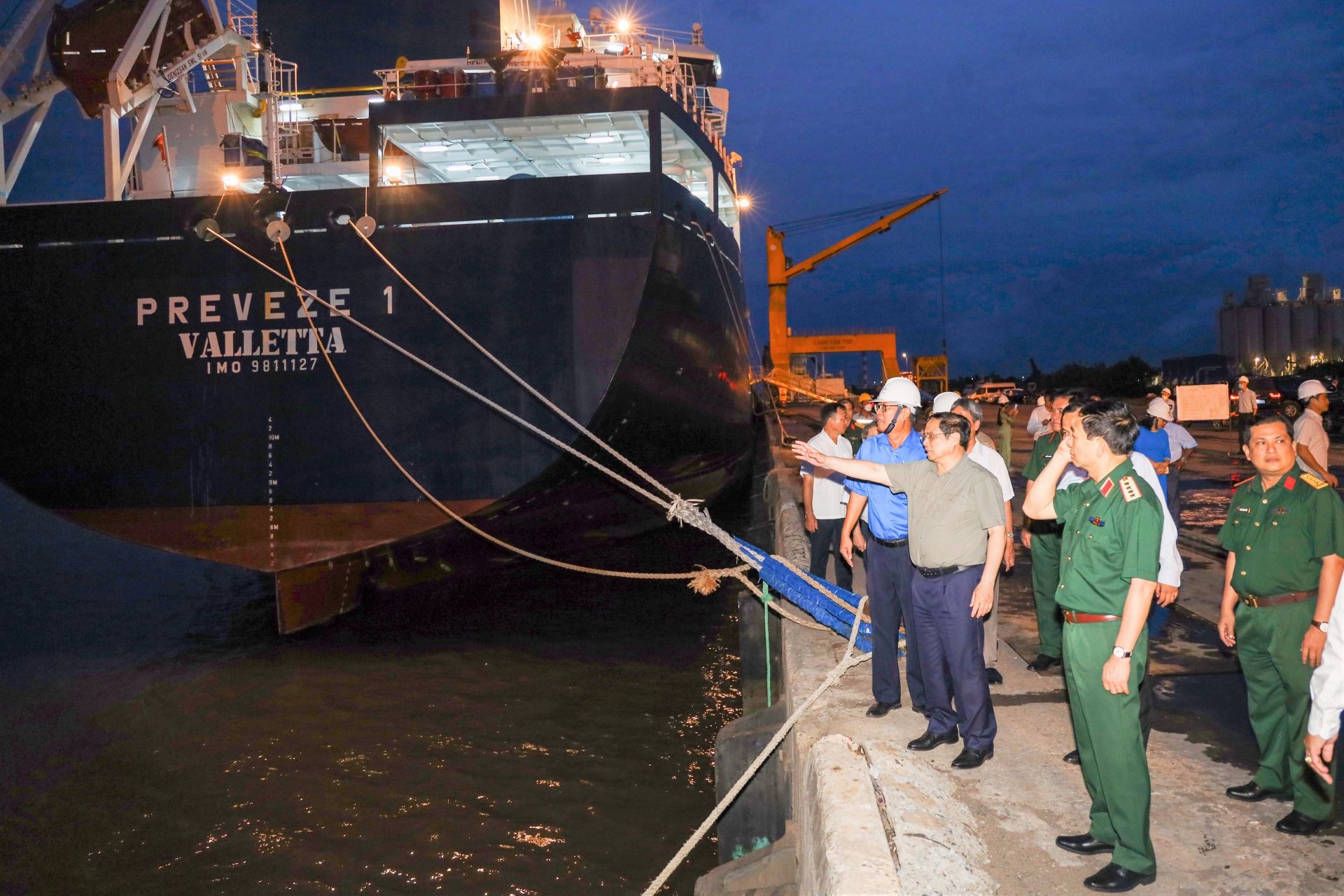 Concluding the meeting, Prime Minister Pham Minh Chinh highly appreciated the importance of seaports to the country's economic development. Recommendations and proposals of SNP, Prime Minister Pham Minh Chinh assigned to functional agencies, Ministry of Transport and Can Tho City to summarize, report proposals for implementation, contributing to economic development in the Mekong Delta region.

The Prime Minister emphasized that to develop the region's economy, in which sea and river transport works effectively, the locality must coordinate with the Ministry of Transport in planning to drag the Quan Chanh Bo channel and Dinh An stream.