According to the agreement, Saigon Newport and Viettelpost will cooperate in logistics services and other value-added services based on each other’s facilities and capabilities. Speaking at the ceremony, both Colonel Ngo Minh Thuan and Mr Hoang Quoc Anh congratulated the cooperation and promised to provice each other the best logistics services. Both Saigon Newport and Viettelpost expressed the desire for further cooperation in the future. 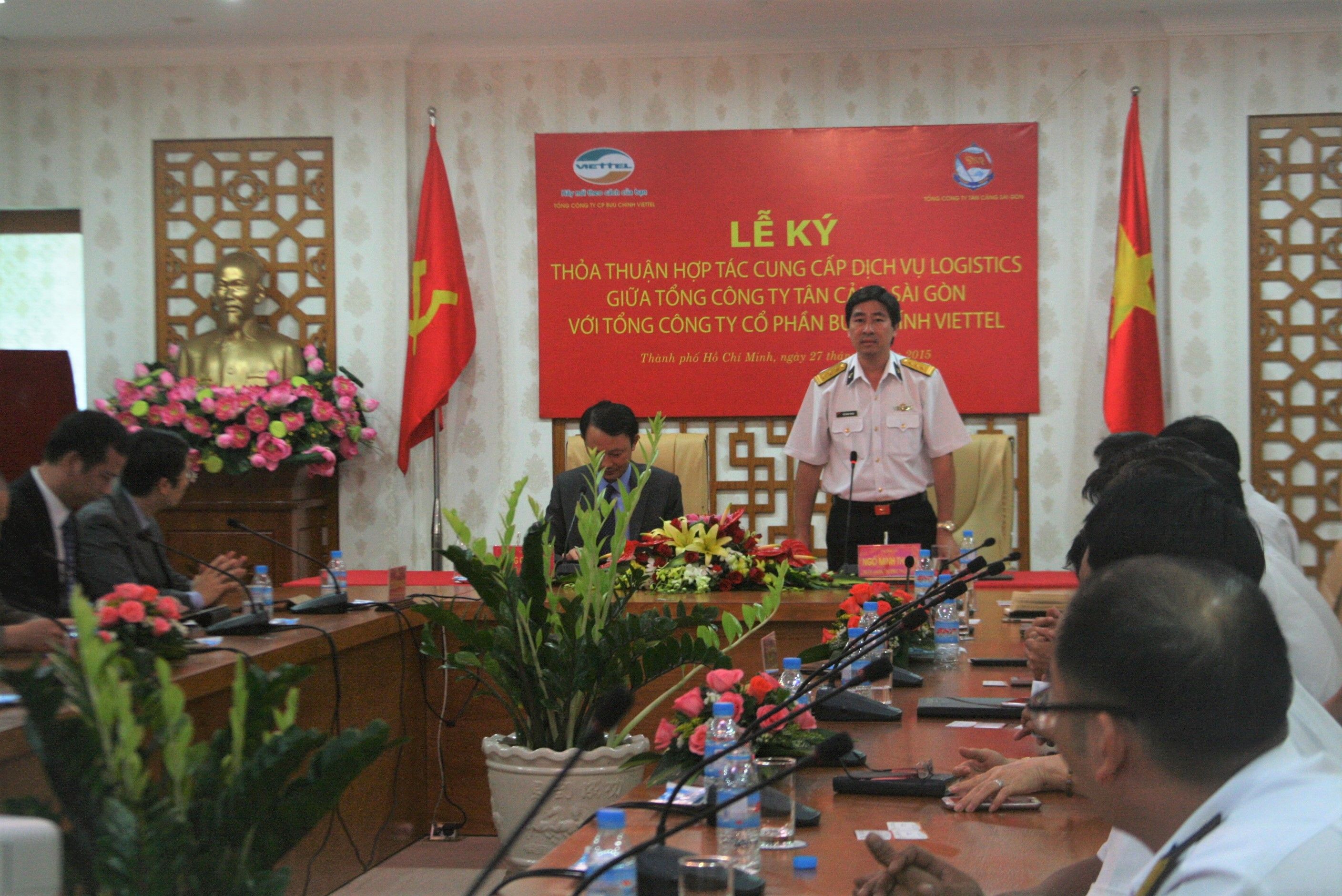 ColonelNgo Minh Thuan - Vice President of SNP - at the ceremony

Saigon Newport Logistics (SNPL) is a subsidiary of Saigon Newport Corporation, focusing on logistics services. After 2 years of operation, SNPL has attracted many customers such as Vinamilk, Samsung, Panasonic, Pouyen… and affirmed the right strategies of SNP in expanding business.

Mr Hoang Quoc Anh - President of Viettelpost - at the ceremony

Viettelpost is a subsidiary of Viettel Group, focusing on postal services, telecommunication, transportation and warehouse services. After 17 years, Viettelpost scale and network have expanded greatly, providing services not only for domestic market but also internationally.

In 2014, Saigon Newport and Viettelpost were both announced “Vietnam Value” – a title given by the government of Vietnam to prestigious Vietnamese brands. This cooperation agreement marks the cooperation between two top military business units in logistics and telecommunication.

With the topic "Logistics supports to enhance agricultural value"..

Vietnam’s logistics growth reached about 14-16% in recent years, standing at US$40-42 b

Early 2017, the Prime Minister of Vietnam issued Decision 200/QD-TTg with a view to

Logistics conference on enhancing logistics services in the Mekong delta

The kick-off ceremony of the Oracle Transportation Management

The kick-off ceremony of the Oracle Transportation Management