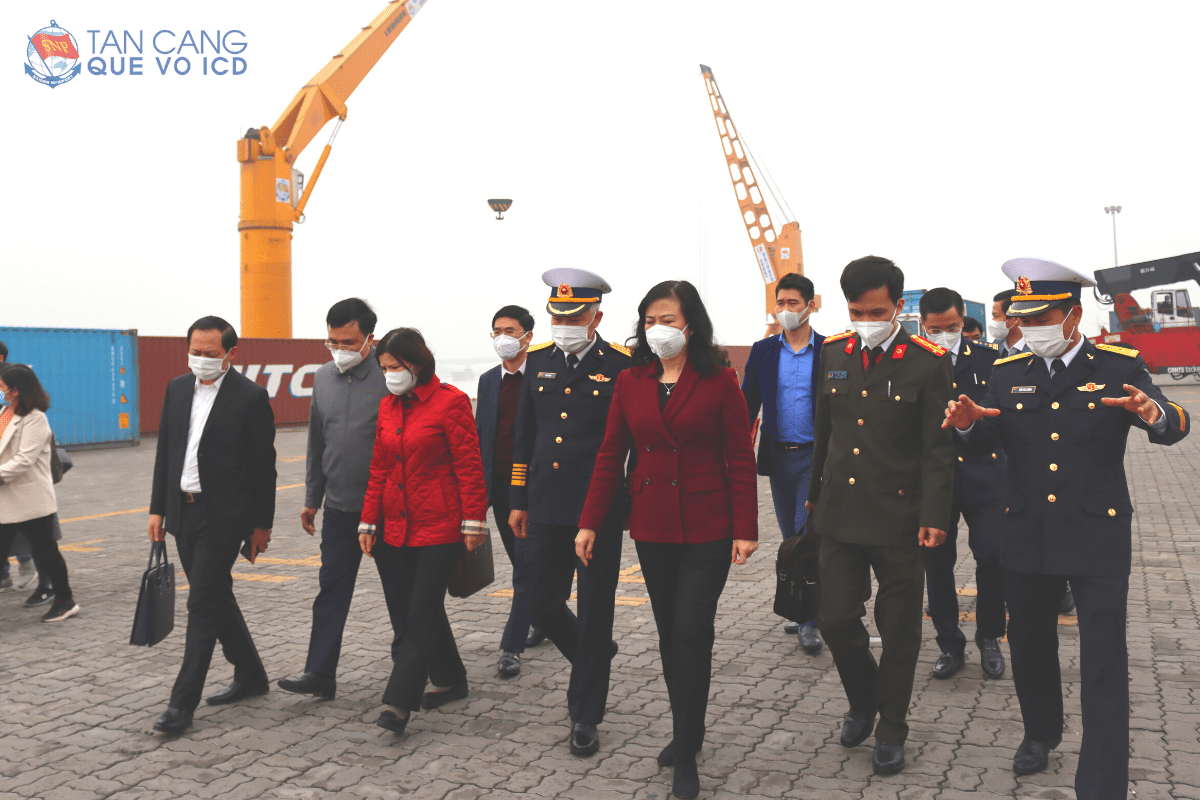 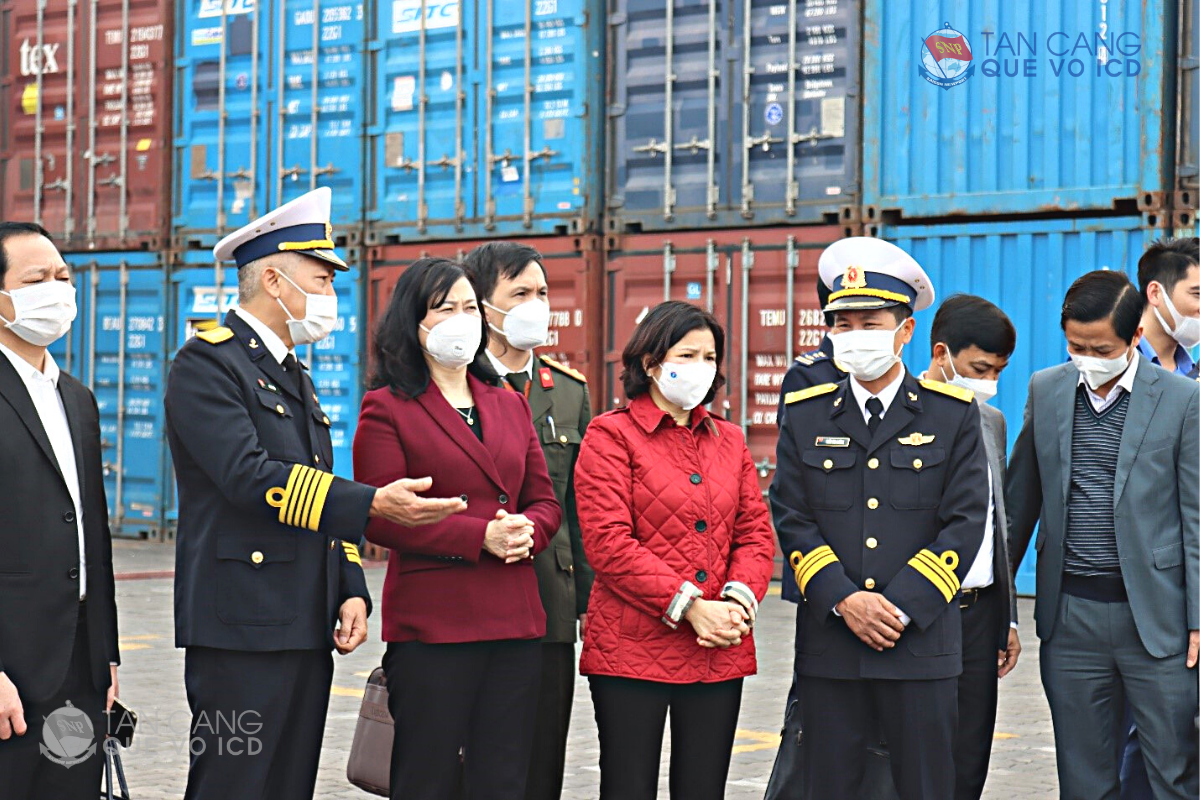 Representative of Saigon Newport Corporation - Colonel Bui Sy Tuan, Deputy General Director, welcomed the delegation of Bac Ninh province
The goal of the project is to maximize the potential, advantages and support of the locality. Saigon Newport is oriented to build Que Vo Tan Cang ICD to become an important traffic hub in the transport system. area combined with waterway traffic; become a container forwarding center (cargo and empty) for Bac Ninh province and the whole region; is the destination port, the point through which goods are imported and exported around Bac Ninh, Bac Giang, Thai Nguyen, transshipment of goods to ports in Hai Phong… 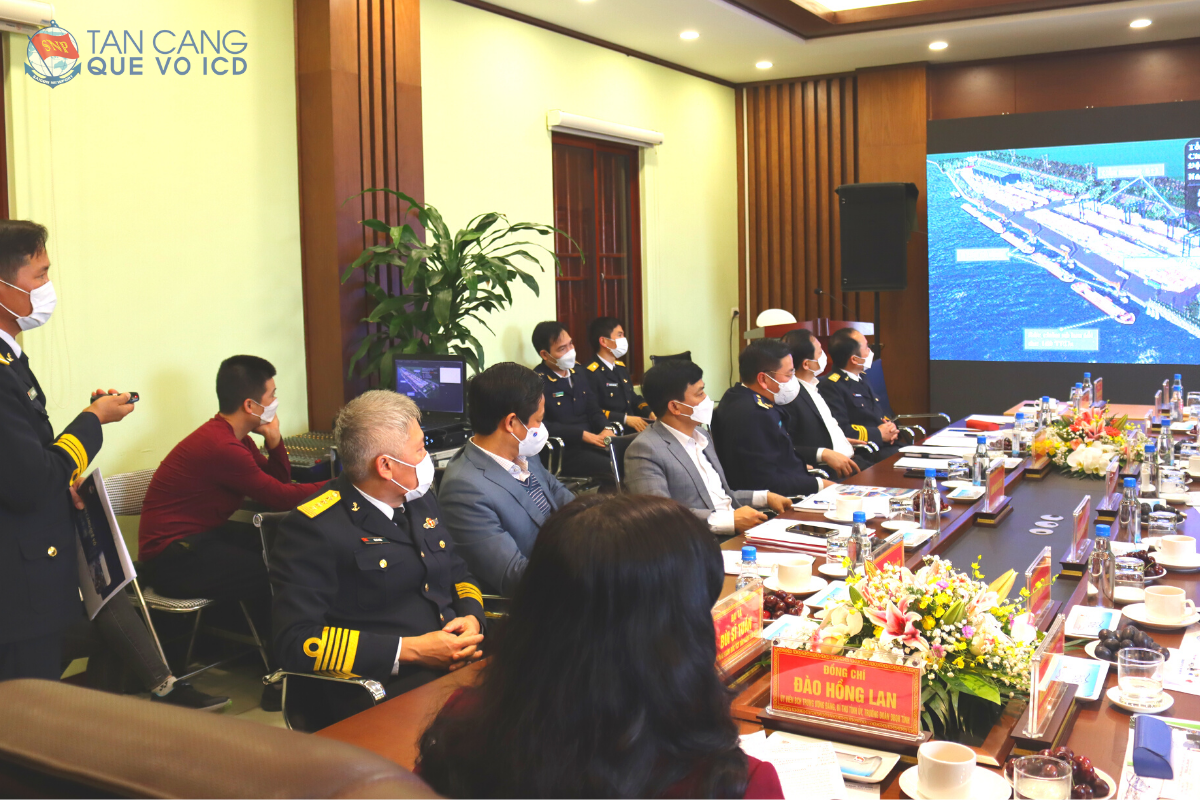 Representative of ICD Tan Cang – Que Vo presented the orientation and development goals of ICD
The benefits of the project for State and local management agencies are concretizing the strategy of developing the system of inland ports and inland waterway ports of the Ministry of Transport; concretizing the policy of developing the logistics industry of Bac Ninh province... For local exporters, shipping lines reduce logistics costs for themselves, reducing at least 15-30% of total logistics costs compared to roads. Depending on the type of goods, the route connects from ICD Tan Cang Que Vo to factories…
In terms of infrastructure, ICD Tan Cang Que Vo has completed the construction of 3 berths that can simultaneously receive 6 barges of 160 teu (3,000 tons) in year round; completed the construction of more than 6 hectares of yards with a full technical infrastructure system, meeting the standards according to current regulations. ICD Tan Cang Que Vo deployed to receive barges from August 31, 2020. So far, it has received 502 voyages with a throughput of more than 17 thousand teu. In 2022, the container capacity is expected to be 30,000 teu. 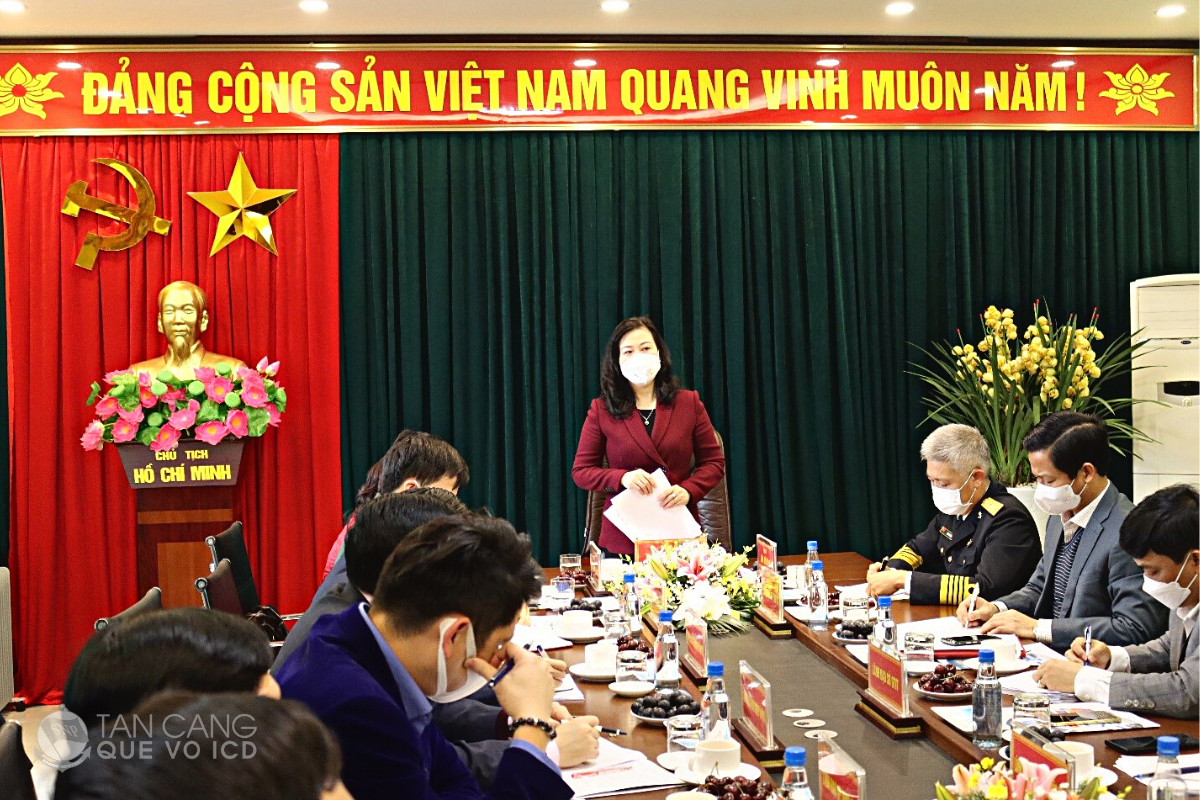 Ms. Dao Hong Lan - Secretary of Bac Ninh Provincial Party Committee, Head of the delegation acknowledged the efforts of SNP in developing ICD Tan Cang - Que Vo
At the meeting, leaders of the Provincial People's Committee and departments clarified more about the advantages, mechanisms and policies for ICD Tan Cang Que Vo to continue to exploit and do business effectively in the locality.

On June 22, SNP joined the conference "Opening up the flow of Vietnamese rice grains"

Green Transportation is an inevitable trend in the "new normal" conditions