In the morning Tuesday January 19th, 2010, the opening ceremony of barging route was held at the Mỹ Thới Port. Attended and cut opening ribbon were An Giang Vice Chaiman of the stading People Committee, Director of Communcations and Transport Department, Director of Custom Department, representatives of Departments and Customers. Besides, the Mekong Delta customer meeting 2010 was held in Long Xuyên city in the same morning. Participated in the meeting were Leaders of local Departments, Mỹ Thới Port and more than 130 customers from Cần Thơ, An Giang and Đồng Tháp. At the meeting, customers discussed the service quality matters concerning barging route establishment.

The meeting and opening ceremony were highly appreciated by Leaders of An Giang Provincial Committee of the Party, the People Committee, relevant Departments and Customers, which has created good foundations for Saigon Newport Company to develop its business in the Mekong Delta area. 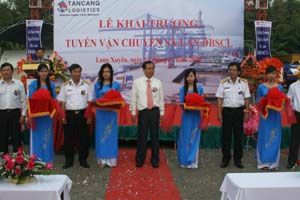 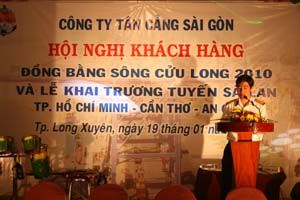 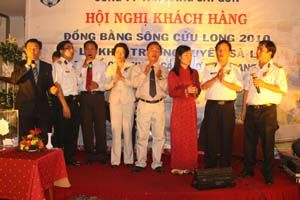 On June 22, SNP joined the conference "Opening up the flow of Vietnamese rice grains"

Developing the model for customer day for the subsidiaries

Customer conference in the central region of Saigon Newport corporation

SNP has celebrated the 30th anniversary of establishment .

The maiden call celebration at Tan Cang – Thot Not Terminal

The maiden call celebration at Tan Cang – Thot Not Terminal